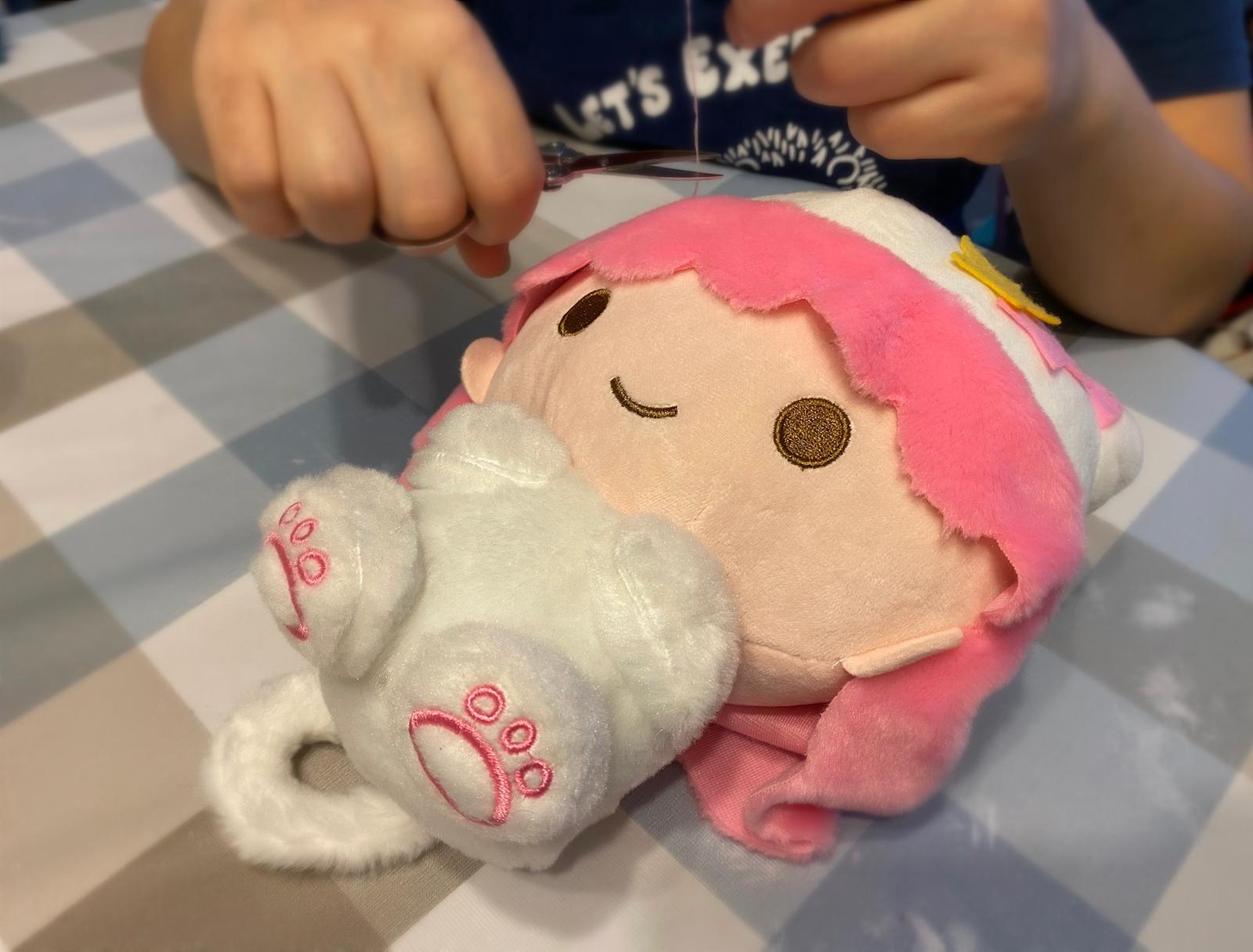 Why would anyone want to get a broken or worn-out toy fixed? In today’s disposable economy it is much easier just to replace it with a new one. Afterall, it is a perfect excuse to get the latest model or something trendy. When people want to get a toy fixed, do they want to have the toy to play with again, or are they trying to cling on to something intangible? It is a known fact that children develop strong attachments to objects such as toys or blankets because they provide some kind of emotional security. And a 2007 study by two psychologists shows that most children prefer their smelly, dirty, raggedy toy over a brand new one that is identical in every way. Apparently, attachments to toys can continue well into adulthood for some reasons, and that may help explain why some people would hold on to their childhood toys for decades until they eventually fall apart and then want to get them fixed.

If one of your favourite toys is broken or simply worn out but you are not willing to part with it, what could you do? Wouldn’t it be nice if there is a toy hospital or a toy doctor that you can go to?

Toy doctor to the rescue

Ambrose Lee, a former toy store owner and an avid toy collector, is probably the first person who operates a toy hospital in Hong Kong. “I become a toy doctor purely by accident,” he says with a smile. Lee started fixing toys partly because of his business and partly out of interest. He becomes pretty good at it and would occasionally do some minor repairs for his regular customers for a small fee. He has a warehouse in Kowloon Bay where he keeps his merchandise and houses his toy collection. After he closed the business, that became his playground and sanctuary. Since he keeps getting requests from his old customers, he decided to set up a “hospital” at a corner of the warehouse.

His first “patient” at the hospital was Blue Bear, a teddy bear who has been with its owner for over forty years. Its fur was pretty worn out and discoloured, and some spots were even slightly torn. Lee was hesitant to take the job at first because he knows that the manufacturer is no longer in business and the chances of finding any original material for the repair would be slim to none. “Honestly, the repair needed to be done was quite extensive and I wasn’t sure if I could do it to the satisfaction of the owner,” Lee confesses. The only reason Lee decided to take on that challenge was the sincerity of the owner. He could tell from her eyes how much Blue Bear meant to her.

The art and science of toy repair

There are two basic approaches to repairing a cuddly toy, according to Lee. The simplest and less time-consuming way is to make a new outer shell with the same material and colour, or something as close to the original one as possible. An alternative is what Lee calls “clean, restore, and repair”. It is a tedious and painstaking process which begins with a thorough cleaning. Restore and repair, on the other hand, are similar depending on the nature and extent of the damage. “If the worn-out area is relatively small and can be repaired, I can restore the original look with a technique called stitching,” Lee explains. “It is like doing needlework, which can be quite tedious.” If the damaged area is too big for “stitching”, Lee has to be more creative.

Lee prefers the second approach because he understands that when someone wants an old toy repair, they are looking for some kind of connection at the emotional level. There is a fine line between making the toy look brand new and restoring it to its original condition with some imperfection. The second approach is more expensive and more time-consuming, but also more meaningful.

How long it will take to repair a toy depends on the type of toy, the condition it is in, and the kind of repair that needs to be done. “It can take as little as 10-15 minutes to fix a small problem if you know what you are doing,” says Lee. The longest it has ever taken Lee was 3 years to repair a worn-out Hermes Puppy. “For a toy from Hermes, you cannot be sloppy with your work,” he says with a smile and a sense of pride.

Lee tries to accommodate all the requests of his clients the best he can because he understands that there is a memory behind every request of the owner. This is the reason why Lee is still passionate about his work after 20 years. “Learning how to repair toys is a lifelong process and I am always learning new skills and techniques.” What he finds most fulfilling is that he learns a new story about a toy and its relationship with its owner every time.

A one-eyed doll and its owner

A few years ago, a lady in her late 60s went to Lee’s clinic and asked if he could repair a doll for her. It was a really old doll, partly charred and with one of its eyes missing. To get a prognosis of his patient, as a good doctor would do, Lee asked about the history of the doll. In a calm but somber tone, the lady told him a story that he would never forget. The doll was a Christmas gift her mom gave her. Not a fancy doll, but the best one her mom could afford. It was the best gift she has ever gotten in her life. Then came the fire, the infamous Shek Kip Mei fire of 1953 that destroyed the shantytown and left more than fifty thousand impoverished immigrants from China homeless. The lady remembered the fire was raging so rapidly that her mom simply grabbed her arm and ran out of the shack they called home. They had to flee in such a hurry that it took her a few seconds to remember that her beloved doll was still inside. The lady then suddenly turned quiet as if she was reliving that moment in her mind. Lee was listening intensely the whole time, and he could not help but notice that the lady seemed to have lost the sight of one of her eyes. The lady never finished the story, and he did not want to ask any more questions. He simply nodded his head gently and promised the lady that he would do his utmost to replace the eye of the doll and repair the burnt area the best he could. Sometimes things are better to be left unsaid.

Everyone can be a toy doctor

Sabrina is a part-time doctor of soft toys who learned her skills and technique online. The first toy she repaired was for the son of a good friend. Since she knew nothing about how to repair a stuffed toy, she turned to the Internet for information and “how-to” videos. It turns out that it was not as difficult as she thought it would be. The repair was not perfect, but not bad for a first-timer. The joy and excitement on the boy’s face the moment he reunited with his favourite toy was so rewarding that Sabrina decided to keep doing it. Toy repair to her is more about people and feelings than the toy itself. She has gotten requests to repair toys that have been in the family for a few generations. Sabrina now calls herself a “Volunteer Toy Doctor” and provides free soft toy repair services to toy lovers. On her “Soft Toy Repair / DIY” Facebook page, she shares before and after photos of her patients, repair tips, and comments posted by grateful toy lovers.

One of Sabrina’s favourite stories was about a Minnie Mouse doll given to a little girl by her dad when she was one year old. What needed to be done, according to Sabrina’s Facebook post, was to replace the cotton stuffing and some minor repair. Under Sabrina’s guidance, the girl removed the old stuffing and replaced it with new cotton, the dad found a new red dress and a matching bow for Minnie, and the mom sewed the bow on Minnie’s head. That repair was relatively simple and straightforward, yet a meaningful one because it was a family affair!

Recently, Lee organized a series of toy repair workshops for people who are interested in learning the skills. What he wants to pass on is more than just the skills and know-hows but also the passion that he has for helping someone to rekindle the memories and feelings of a part of their lives that is meaningful to them. The participants are not required to have any experience in doing handicrafts. “I can share some basic techniques and guide them step-by-step and they should be able to do some minor repairs in no time,” Lee says. “When your heart is in the right place, everyone can be a toy doctor.”

Debut of SPAC listing in Hong Kong: The industry is hoping for both quality and quantity 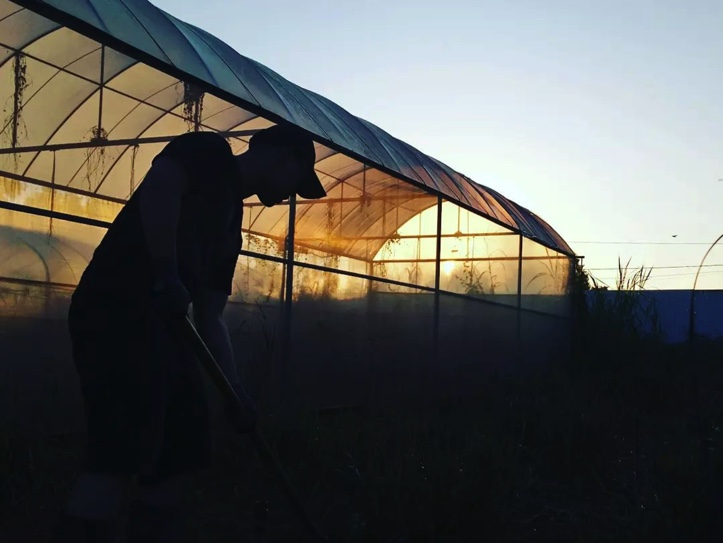